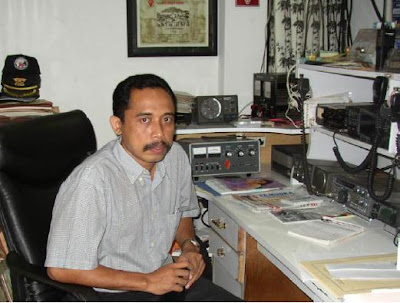 I was born in 1965 and became interested in Radio thanks to a Friend during my time at the university. In 1987 I got my Novice license as YD9DVJ.
In 1994 I got my „General“ License and became YC9AY. In 1997 I upgraded to Extra and became YB9AY.
I have a hotel and I´m also very active in a Welfare organization. I´m also very interested in Computers very and I help all my friends with their problems with their Computers. 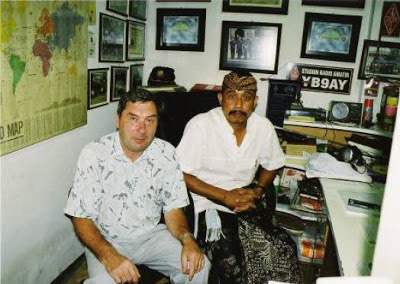 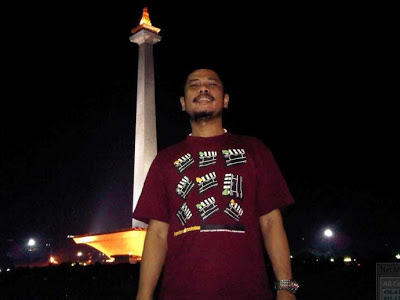 My DXing notes
I got my first amateur radio license in 1987. My first hobby was actually as an SWL and then after listening to the QSO:s on the ham bands, I became very interested in becoming a ham. Working DX is my major activity as well as working on homemade antenna projects.
In 2002, I upgraded my ham license to have the privilege to make long distance QSO:s. During the peak of solar cycle 23, I have made over 30,000 QSO:s using a manual paper log. A lot of the hams I have met on the bands have become close friends; one of them is my best friend from France who is coming to Indonesia and I will accompany him traveling around my country.
Making homemade antenna especially from wires is very interesting. Luckily enough, there is a lot of space behind my home to make experiments. I have built many kinds of poor-man style antennas as well as beam antennas.
In the meantime, I am busy at the office, and for several years, I was not on the air.
In 2011, I meet N2OO Bob and asked him if he would like to be my QSL manager. My QSL-card is the first one which has the logo www.dx-code.org as an attribute. Since I became active on the air again, I have put over 10,000 QSO:s using logging software in the log during solar cycle 24 and I am still going on.
I also enjoy DXing as an IOTA chaser as well as looking for new entities, finally in 2012 via LOTW, I have got my DXCC on Mixed multi-band and Phone mode. Participating in major contests is another part of my DXing.
Now, I am active in my DX club, handling www.ybdxc.net. Lately, I have been preparing my contest club where we already have 5 antenna towers with some good contest operators.
See you in the pile up! 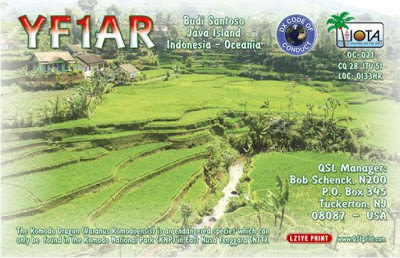 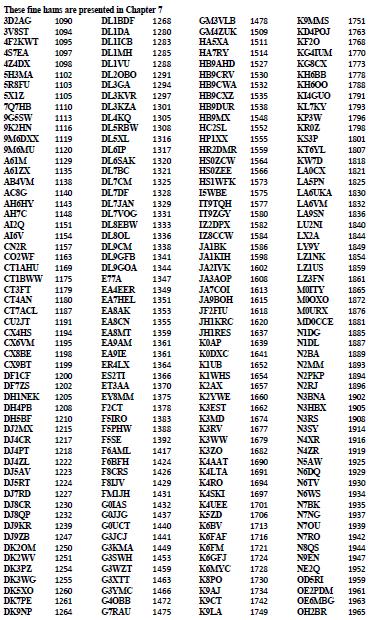 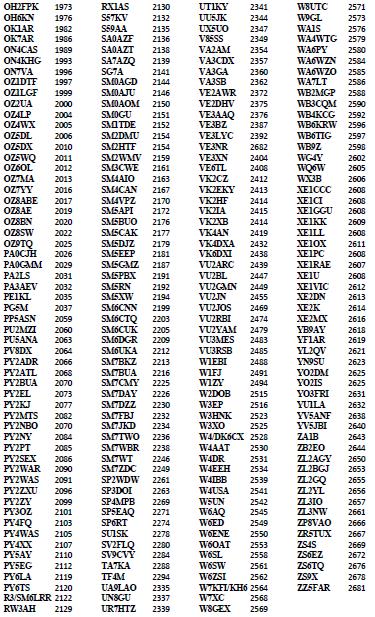 Hello friends,
Many thanks for your participation!
After six years and more than 7,000 hours spent in cooperation with you and another 500 fine hams, I´m proud to be able to say, the project, “Encyclopedia of Ham Radio” is now ready to be presented!
I am now beginning to send the final version with its 2.686 pages.
Please let me know if you would like to have it and you will get it in just a few days.
It will be sent via a system called Sprend as a 190 MB PDF-file and you will get a message that the file is ready to be downloaded and opened.
When you have received the file OK, I would appreciate $ 8 (via PayPal to sm7wtstan@gmail.com or in an envelope) to cover my costs for advertising and other costs related to the project.
Please note, I don´t want any money until I know you have received the file and opened it OK!
The chapters contain:
Chapter 1 Rescue Operations
Chapter 2 Hams Helping Hams (DXpeditions and more)
Chapter 3 Getting Youngsters Interested in Amateur Radio
Chapter 4 The history of Amateur Radio since 1912
Chapter 5 Friends Gone, but not forgotten (SK)
Chapter 6 Contest Operation
Chapter 7 500 Personal Presentations on 1,819 pages
You will find several unique stories only told here!
True stories like these:
The ham who built and flies his own gyrocopter with his only arm.
Why did King Hussein become a ham?
What happened when the Army tried to take over the command from the hams?
Why did a ham get married at the age of 95?
A ham who managed the fighter pilot test in the simulator – at the age of 88!
Why did hams behind the Iron Curtain lose their licenses?
The ham who had to transmit on 7.9 MHz to stop the soldiers from entering the mine field.
If you like Encyclopedia of Ham Radio, please tell your friends about it or show it to them. If they would like a copy, I will appreciate $ 8 from them.
Any questions, just let me know!
Thank you all for your support and friendship!
73! Stan
SM7WT since 1956 active as SF7WT since 2006

ENCYCLOPEDIA OF HAM RADIO
We meet thousands of hams on the bands, knowing no more than their callsign and first name. We don´t know if the guy at the other end is old or young; if we have other common interests than ham radio; if we are talking to a YL or an OM in CW or that this might be someone with a remarkable story to tell us.
Encyclopedia of Ham Radio is a project by hams for hams where we
* get to know the guy at the other end – not just 599 TU.
* read about hams actively participating in rescue operations
* read how youngsters become interested in ham radio
* read about recent DXpeditions
* follow the development of Amateur Radio since 1912
ENCYCLOPEDIA OF HAM RADIO was shown in Dayton this year.
Due to my health issues, this is the final edition.
Encyclopedia of Ham Radio is written like a book, but the huge amount of information (2,686 pages) would fill eight books. That´s why it comes as a PDF-file where you can easily search for information and magnify a photo to look at details.
If you would like to have it, just let me know and I will be happy to send it to you via file transfer for $ 8.
If you have any questions, please contact me at
sm7wtstan@gmail.com !
The project was presented on page 37 in the April 2011 issue of QST as “Amateur Radio gives you 2 Million Friends”.
DX Club DX News dxpedition encyclopedia Indonesian Amateur Radio IOTA orari Organisasi Amatir Radio Indonesia radio YB Land DX Club ybdxc 2013-06-09
Administrator