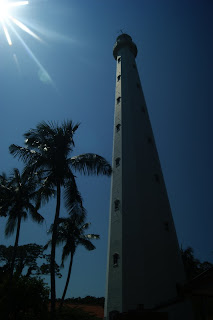 Also called Damar Island, one of the islands in the Thousand Islands cluster which is also referred to as the Big Island of Damar. Jakarta people called Monkey Island. Located not far from Tanjung Priok. On this island stands erect a lighthouse called Vast Licht as high as 65 meters. This lighthouse was built according to historical records in 1879, with the permission ZM Willem II. The lighthouse can be seen from far away, even from an airplane window is about to land in Cengkareng Airport. 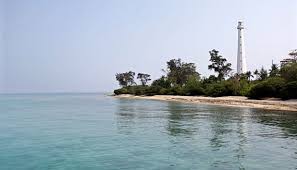 Damar Island
The island was long used as a radar station to guide the aircraft toward the former Kemayoran Airport. On this island, the Governor-General Camphuijs set up a nice two-story house (1685). Collection of rare animals and plants in the gardens around the rest house became famous, because it is a ‘Japanese garden’ biggest outside Japan at that time. Camphuijs planting bonsai trees among the rocks wadas, installing small bridges and waterfalls that are illuminated by a Japanese-style rock lanteren. Guests were treated to food from the kitchen Japanese and forced to eat with chopsticks.
People never think of Edam Island as one of the most pleasant places in the world (1882). Now this island flora is very varied. Because the Governor-General van Riebeck not interested in the island Edam, the government took over the island back in 1705. 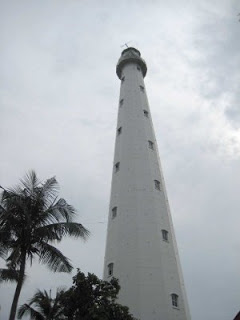 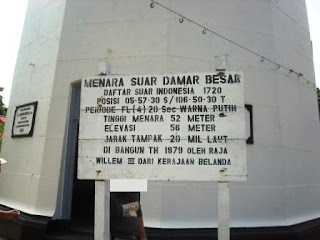 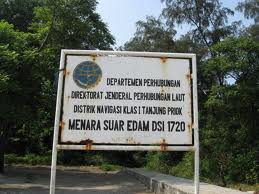