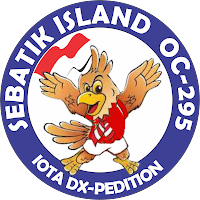 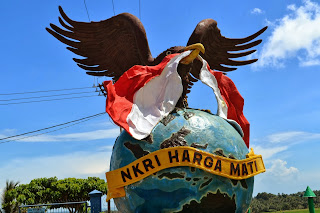 Sebatik Island (Pulau Sebatik) is an island off the eastern coast of Borneo, partly within Indonesiaand partly within Malaysia. It has an area of approximately 452.2 square kilometres (281,000 mi).[1][2]The minimum distance between Sebatik Island and the mainland of Borneo is about 1 kilometre (0.62 mi).[3]

Sebatik Island lies between Tawau Bay (Teluk Tawau) to the north and Sebuku Bay (Teluk Sebuku) to the south. The city of Tawau lies in Sabah just to the north. The island is bisected at roughly 4° 10′ North by the Indonesia-Malaysia border – the northern part belongs to Sabah, Malaysia (Sebatik Malaysia) while the southern part belongs to North Kalimantan (previously East Kalimantan),Indonesia (Sebatik Indonesia).

Sebatik Malaysia has a population estimated to be approximately 25,000, as opposed to approximately 80,000 people in Sebatik Indonesia.[4]

The demarcated international border between Malaysia and Indonesia stops at the eastern edge of Sebatik Island, so that the ownership of Unarang Rock and the maritime area located to the east of Sebatik is unclear.[5] This is one of the reasons why the Ambalat region waters and crude oil deposits east of Sebatik Island have been the center of an active maritime dispute between Indonesia and Malaysia since March 2005. The ambiguity of the border at the eastern edge is sometimes attributed as the reason the two nearby islands of Sipadan and Ligitan were determined to be part of Malaysia, rather than Indonesia.[5]

While there are border guards on the island, there is currently no immigration office, no customs house, no barbed wire fence and no walls demarcating the border. Instead, the only evidence of a border are the concrete piles buried every kilometer from east to west.[6]

Sebatik Island was one of the places in which heavy fighting took place between Indonesian troops and Malaysian troops during the 1963Indonesia Malaysia Confrontation.

The North Borneo Timbers company operated a logging concession on the island until the 1980s and its mostly expatriate employees lived in a self-contained community in Wallace Bay. Sebatik Malaysia is within the administrative district of Tawau. For electoral purposes, Sebatik falls within the parliamentary constituency of Kalabakan and the state assembly district of Sebatik.

Sitangkai Indonesia (at its closest points) is approximately 175 kilometres (109 mi) to Sitangkai, Tawi-Tawi, Philippines, the second closest point between the two countries after the Miangas island in North Sulawesi.[7]

North Borneo is a province in Indonesia which is located in the northern part of the island of Borneo . The province borders with neighboring countries, namely the State of Sabah andSarawak , East Malaysia .

Currently, the North Kalimantan is Indonesia’s youngest province, a provincial official endorsed in a plenary session of the House of Representatives on October 25, 2012 under Law No. 20 of 2012. [1] North Borneo government infrastructure is still in the process of preparation which is planned to be the longest in the 1 year.

Historically the countries in the north of the island of Borneo, covering Sarawak , Brunei and Sabah is the region most of the country mandala Sultanate of Brunei mandala countries bordering the Kingdom of Berau . [2] Since the Hindu to the period before the establishment of the Sultanate of Bulungan, the area now become the province of North Borneo to the areaKinabatangan in Sabah is a region of the eastern countries Berau mandala called Nagri Marancang. [3] However, recently most of northern Nagri Marancang (aka eastern Sabah) regardless of Berau since claimed as territory Brunei mandala, then by Brunei awarded to the Sultanate of Sulu and Suluk tribe began to settle in most areas. [4] Then the British colonial master Nagri Marancang north and south Nagri Dutch master Marancang (now the province Kaltara). [5] [6]

Territory of North Borneo became a province of the former territories Bulungan Sultanate and the Kingdom Tidung. Both, the domestic and foreign Bulungan Sultanate kingdom Tidung a former area part of the state-owned Berau who have broken away, but then a local expansion of the influence of the Sultanate of Sulu. [7] However, the Kingdom of Berau in Hikayat Banjarincluding one vazal or state mandala in the country the Sultanate of Banjar since ancient times, when it was still called the Sultanate of Banjar Empire State Dipa (Hindu period). [8] Until 1850, the country Bulungan and country Tidung still claimed as state land mandala subordinates in the Sultanate of Sulu [former subordinate Brunei ]. [9] However, in 1853, domestic and foreign Bulungan Tidung already included in the Dutch East Indies or back part of the Berau. [10] Although recent Bulungan country under the rule of the Prince of Brunei and Tidung country under the rule of law which is the king Tidung Prince of Sulu, but both countries are still included in the state mandala Berau. Under an agreement between the state of the Sultanate of Banjar with the Dutch VOC was delivered on August 13 1787 and May 4 1826 , it became the law of the country of the Sultanate of Banjar Dutch VOC protectorate area and some parts of the region and state who claimed to be a former vazal Banjar submitted as Dutch VOC property , the Dutch Company makes its borders obtained from Banjar based on the agreement that the western region is the state of Sintang , County of Lawai and regions of barley (part of state Kotawaringin ) while the eastern region is the state of Berau. [11 ] The state of Berau include country sultanate Powder Mountain , the country sultanate Tanjung / Sambaliung , country sultanate Bulungan & District Tidung aka former kingdom Tidung were abolished in 1916 . [12]Based on the map of the Dutch East Indies in 1878 when it showed the position of the border is much more to the north of Kaltara border-Sabah today, since covering all villages Tidung in the region of Tawau . [13] 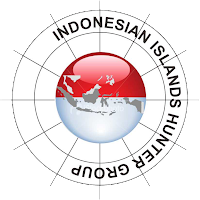 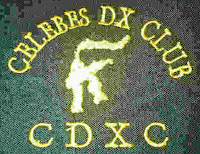