There are many islands in Indonesia, which has never been activated and it has long time for me and maybe for others of some amateurs radio in Indonesia had plans to QRV on these islands. The main problem is the difficulty of transportation to reach of the Island locations. One is the island Kisar. Fortunate that the range of the island has been reached by regular air transportation by aircraft cassa type with total passengers only 18 people. Thus allowing us to be able to come to the island .
On 19 December 2013 at 15:15 UTC (local time 22:15) my flight from Palembang city (Sultan Mahmud Badarudin II Airport) I am going to Jakarta and arrived in Jakarta (Soekarno Hatta Airport) around at 16:10 UTC. 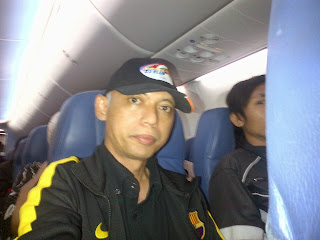 I must wait about 5 hours before to Ambon because my flight at 22:00 UTC from Jakarta to Ambon city with transit around 25 minutes in Makasar city . 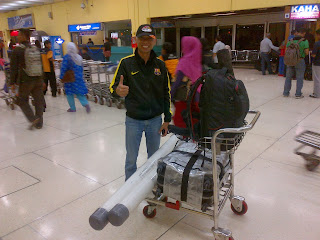 Dated December 20, 2013 at 04:20 UTC my flight arrive in Ambon and stay one night in Ambon before going to the Kisar island on tomorrow afternoon. 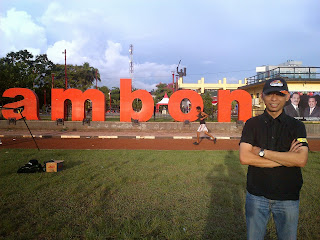 During my harness in Ambon city, I try to visit several locations in Ambon and buy souvenirs including some pearls for my wife and my 2 daughters . This is original pearls from sea in Ambon areas. 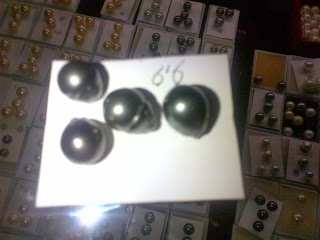 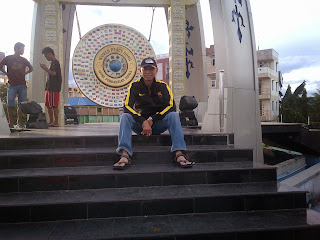 Dated December 20, 2013 at around 23.57 UTC I was awakened by the ringing sound of my Handphone and it was from Budi YF1AR . Budi YF1AR has arrive in Ambon (Pattimura Airport) and then he going to the Inn where I was staying overnight .
On 21 December 2013 around 04.00 UTC we going to the airport and do for cek in. It turns out the schedule flight departure delays at 07.00 UTC . 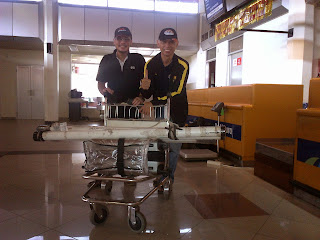 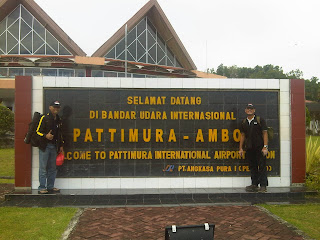 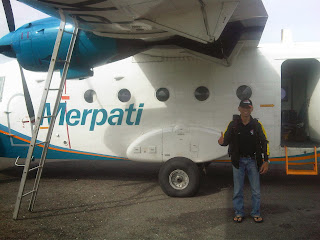 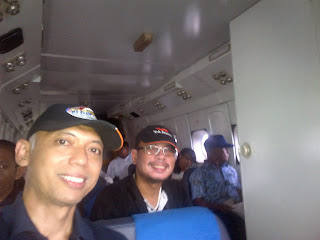 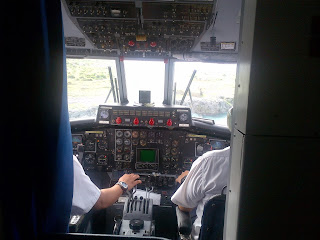 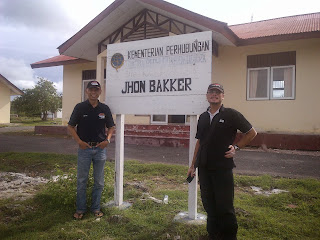 The process of unloading luggage at John Bakker Airport is still done by hand human power so that the trunk -making process took almost 2 hours .. we lost quite a lot of time but already lost interest and wanted to say hello to the world QRV from the Kisar Island.
Finally, all our luggage was finished and we were lucky meet with Mrs Meri (She is a natives people in Kisar Island) that one plane with us from Ambon. She ask her son to drive us in their car to get to some of the locations that we think fit to set up the station for QRV.
Initially we will set up a station in the airport area because of its position on the north of island but the problem there is no flow of electricity and the location is very far from the population so that it becomes the last option.
We tried to go to Mrs Meri ‘s house which in the house stay only her mother and her son but her house locationsis not approriate for our antennas, many houses in the location and very near from the traditional market wich many people in the location so we decided that this location is not suitable for the QRV location
Then we go to the sea port on the west coast of the island of Kisar. In the port sea location there is public electrical and it turns on for 22 hours and there are 2 hours to die for charging the fuel in diesel engines power plant, which is from 09:00 UTC to 11:00 UTC.
Once we determine the location in the sea port (the sea port’s name is Nama/Pelabuhan Nama) we both requested permission from the head of the harbor and it turns out he was also a member of amateur radio and is no longer active and amateur radio license also expired 5 years, since he was never a member of amateur radio so it is makes it easy to ask for permission and we were allowed and given the location in one of the offices are not in use. 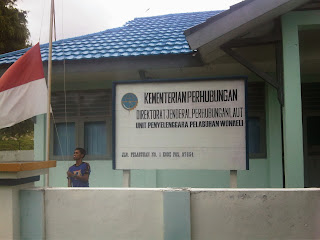 Starting from 12:30 UTC, I start to unload all the equipment and the first one I started to compile a series of mini multi yagi antenna HX52A about 30 minutes completed and the antenna directly established with a wooden pole with a height of approximately 5 meters from the ground sand .
Likewise with Budi also already finished building 43 ft vertical antenna. 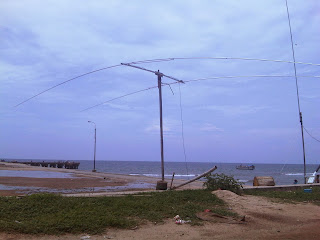 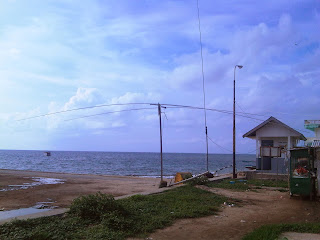 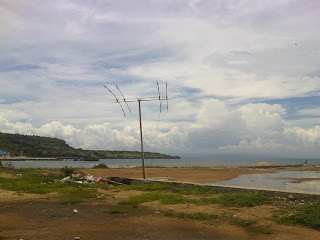 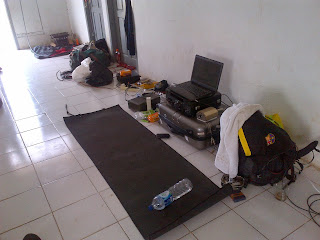 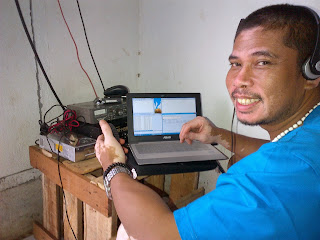 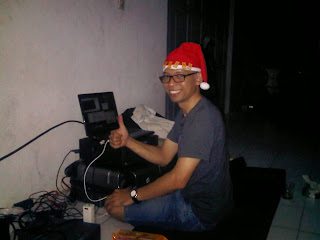 Still on the date of December 21, 2013 at 13:55 UTC from 15M band then I moved to 20M, and 30M to approximately at 18:34 UTC CQing on 40M and on the first day of QRV not only from Europe but also from North America, South America, Asia, Africa and Oceania began to attack me and it has reached 5 continents and in 40M propagation has begun to close and finally at 18:08 UTC I moved to 17M and back in an assault by all the friends from all over the world especially from NA and JA are dominating in the 17M band and 17M QSO in my last closed at 00:25 with JA7FEX QSO. I mean the first day of non-stop QRV for 11 hours .
After a break of about 1 hour 30 minutes to wash my face, brush my teeth and breakfasted with instant noodles (the time in our location at around 8:30 am) I back to make CQing on 15M. 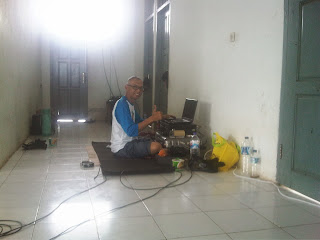 At the date of December 22, 2013 At approximately 01:40 UTC I started call QRV until around 02:11 UTC 15M the propagation began closing and made ​​several CQ calls and does not respond, so it makes me feel very tired and toosleepy. Finally I decided to take a break to sleep until 05.00 UTC .
At 05.01 UTC until around 06:59 UTC I QRV on 12M and most of the stations of the JA entry in my logbook .
Dated December 22, 2013 in the evening it rained very heavy and accompanied by lightning and the sound of the waves roaring. The weather was very bad and there was a storm of the west wind that strikes our location. Suddenly my FT-950 difficulty to communicate and I replace theYagi antenna to G5RV and continue the communication with normal. I feel there is problem in my Yagi.
Dated December 23, 2013 in the morning I see the yagi mini multi HX52A has collapsed and fortunately nothing is broken. Finally I returned resetting each element and back go up the mast with the addition some of rocks to make as a strong foundation in the mast ground . 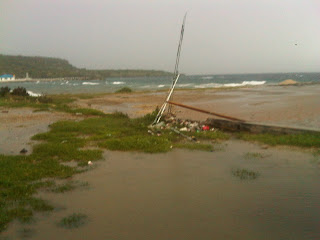 On December 24th 2013 the weather was not so good. Heavy rain and wind continued to attack our location . The sky was overcast, but I keep trying to do QSO in some band that allows me to communicate. Luckily I brought a multiband antenna types and including antenna G5RV for 30M and 40M and it does not make me lose communication because I can work and choose a band that is open from 40M to 10M band .
Dated December 25, 2013 morning I was informed by phone from the airline staff that today no aircraft flying into Kisar because of bad weather that delayed until the date of December 26, 2013 .
Due to bad weather also makes propagation and also close most of my friends in the world of amateur radio in church worship is being run so that the number of stations on Christmas Day is very little compared to the previous days ,
On Christmas day we took the time to drive around the island Kisar. We visited some of the buildings that once used during the occupied Dutch VOC in Kisar island. We also visited the ruins of the castle and the former church at the time of the Dutch occupation in the range of the island . 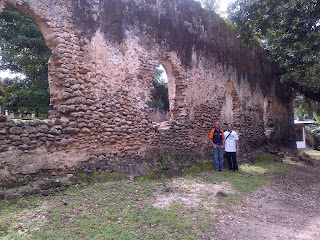 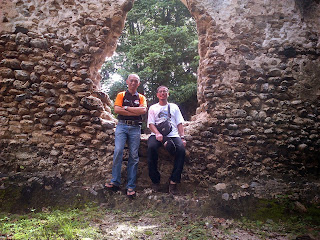 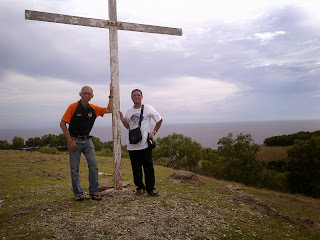 Kisar island very close to the position of dean of Timor Leste and if using a speedboat trip only takes about 30 minutes compared to the Ambon city with aircraft still to be 2 hours .
On the last night 25 December 2013 I returned to the CQ until the 26 December 2013 and QRT at 14:00 UTC as 4 hours later I had to rush to the airport to return to the home .
This trip very memorable, especially because of the influence of bad weather and flight delays that can not be ascertained, and it makes some uncertainty .
I get information from airport officials that our flight is the last flight and there will be more flights to the Kisar island until March 2014. We are very fortunate to have traveled at the end of 2013 with very impressive .
See you again at the next expedition .
73 de YB4IR Imam 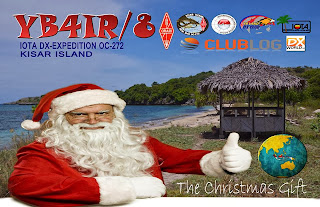 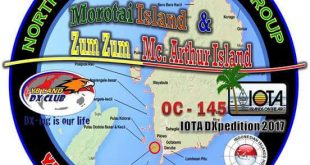 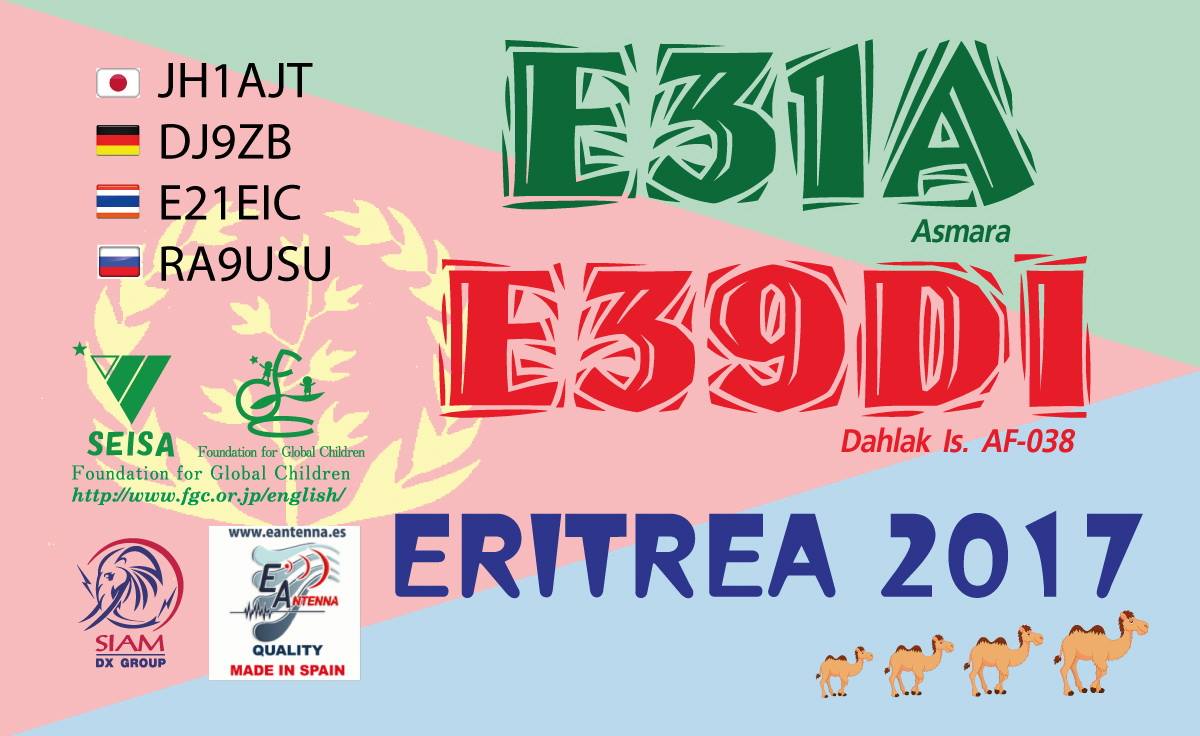